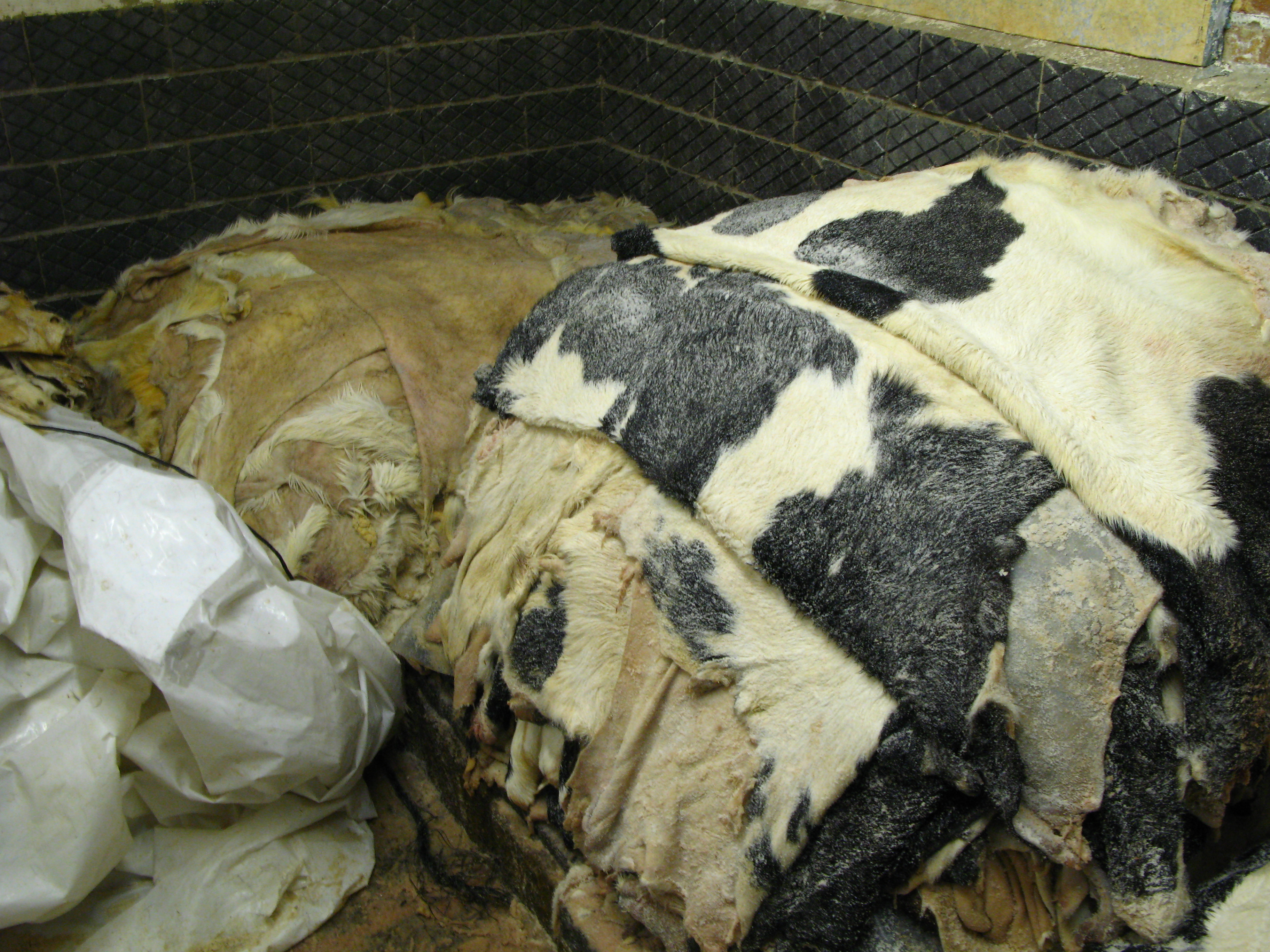 What’s the difference between vellum and parchment?

Parchment is a general term for an animal skin which has been prepared for writing and printing and can be any variety of animal, but is commonly calf, goat, or sheep.

Vellum is derived from the French word “veau” meaning calf and refers to those skins specifically made from calf.

Parchment has been made for centuries, and many of the techniques have not changed much (if at all). The process is quite involved and involves many steps including scraping the skins to ensure a smooth and uniform surface. Skins are prepared differently depending on the animal. Below is a brief overview of how the skins are prepared by Cowley’s in the UK.

Calf & Goatskins: These skins are received in a salt brine, and lime is used to remove the salt and to raise the pH to 9-10.

After sitting in various baths for about 1 week, the skins are then de-haired. Next, each skin is inspected and cleaned up a bit more by hand.

Now the skins are stretched into frames and “de-meated.” This is the process of removing excess material and ensures the smooth texture of the finished product.

The skins are then set in rooms with heated coils to dry out. This process is repeated several times. They are then finished using bleaches and dyes – which are determined depending on the final product. Lastly the skins are trimmed and prepared for shipment.

Sheep: These skins are received in a pickle, and a more vigorous approach is used to remove the pickle and to get the pH up to the required level.

These skins are received de-haired as their wool is sold independently from the hide. Next, each skin is inspected and cleaned up a bit more hand.

Just like the Calf & Skin, the skins are stretched and “de-meated” in frames and set in rooms with heated coils to dry out.

Talc is used to help de-grease these skins, which tend to be more oily. If the skins are not properly degreased, or are uneven in thickness, areas of yellowing may occur. This process is repeated several times and the skins are finally finished using bleaches and dyes. Again, the skins are then trimmed and prepared for shipment.

Calfskins tend to have the tightest and hardest surface. They are preferred by bookbinders and botanical painters as they can withstand much handling.

Sheep is the softest, thinnest and most supple. For those reasons it it is often used for writing or printing as the pages can turn easily.

TALAS | Articles | Posts | The difference between Vellum and Parchment & the preparation of each.